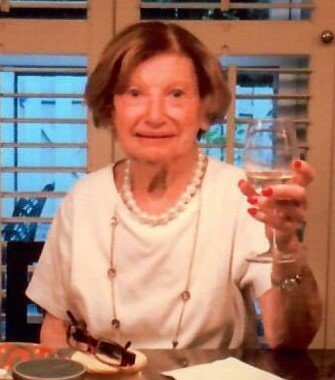 Rosemary Talevi of Yardley, PA died on Wednesday, November 18, 2020 at her home.

Born in Tunisia, North Africa, a daughter of the late Joseph and Grace Magnasco Lipari, she has resided in Yardley for the past three years.

Rosemary’s family hailed from Palermo, Sicily and worked in Tunisia until she was fourteen. They returned to Palermo and lived there during World War II where she met and married a US Army soldier, Armando Talevi. After the war, Armando came back to the United States first and Rosemary followed as a War Bride.

Besides raising a family of four, Rosemary had a 32 year career as a Master Craftswoman at the General Motors Fisher Body Works in Ewing, NJ. Upon her retirement in 1982, she and her husband moved to Stuart, FL.

Rosemary was active in all aspects of her retirement condominium, enjoying social and outdoor activities as well as being a vital part of the condo association.

Her fluency in Italian, French (from Tunisia) and English was a source of pride and accomplishment. In 2017, she moved to Yardley to her family.

Interment will be private.

In lieu of flowers, memorial contributions may be made to Dementia Society of America, 188 N. Main Street, Doylestown, PA 18901.