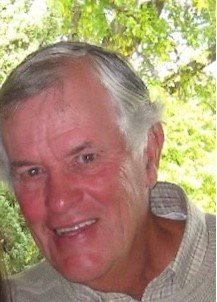 Get Directions
Thursday
13
May

Please share a memory of Francis to include in a keepsake book for family and friends.
View Tribute Book

Born in Philadelphia, PA, the eldest son of the late Francis H. Morrow and Anne Hoerst Morrow, he resided in Lower Makefield for the past 54 years.

After graduating from LaSalle University, Frank served in the US Army in the Vietnam era as a Captain in Field Artillery. Upon completion of his service, he began a career at Johnson & Johnson as a management trainee where he rose to the position of Worldwide Controller at its New Brunswick, NJ headquarters. Upon retirement from Johnson & Johnson, Frank formed his own successful accounting and tax preparation firm, Morrow & Associates. He was an avid reader, enjoyed pinochle and Scrabble, but his first love was golf.  He played frequently at either Yardley Country Club or Avalon Golf Club.  When not on the links, Frank could be found down the shore at his home in Ocean City, NJ.

Mass of Christian burial will be celebrated at 10am on Thursday May 13th at The Church of the SacredHeart, 343 South Broad Street, Trenton, NJ.   Friends may call beginning at 8:30am. Interment will be held at the Washington Crossing National Cemetery, Newtown, PA at a later date.

In lieu of flowers, memorial contributions to The Church of the Sacred Heart would be appreciated.

Share Your Memory of
Francis
Upload Your Memory View All Memories
Be the first to upload a memory!
Share A Memory