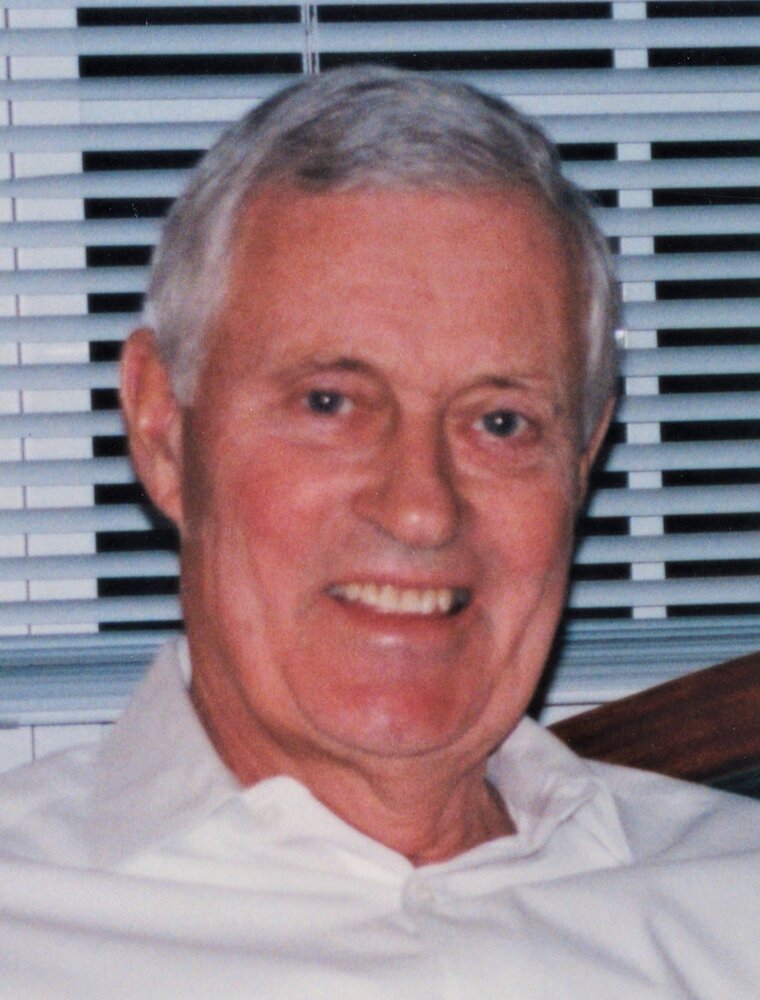 Please share a memory of James to include in a keepsake book for family and friends.
View Tribute Book

Jim spent most of his adult life in Yardley before retiring first to Long Beach Island, New Jersey, and then to Vero Beach, Florida.  A graduate of Colgate University and a member of “Who’s Who Among Students in American Colleges and Universities”, he founded “Jim Johnson’s Tire Centers” in 1965.  Starting in a former service station location in Morrisville, Pa., Jim expanded the business over the years to locations in Fairless Hills, Pa., as well as locations in Trenton, Burlington, and Hamilton Square, New Jersey.  He was also a long-time memberof the Kiwanis Club of Trenton.  Jim’s passion for the business and for satisfying his customers was evident to all. He will be remembered for his love of life and of people, and for the warm smile and greeting he offered to everyone he encountered.  When not working or spending time with his family, Jim could be found on the golf course.  He was an active member of Yardley Country Club for over 40 years followed by a membership at the Club at Pointe West in Vero Beach, Florida.

Services and interment will be held privately.  Online condolences can be made to the family at fitzgeraldsommerfuneralhome.com.