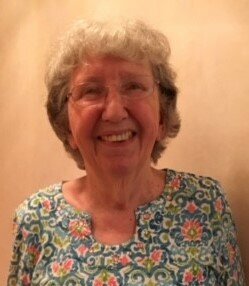 Violet N. Tillson, 98 of Attleboro Retirement Village, Langhorne, PA, passed away on Thursday, August 12, 2021.  Vi was born and raised on a farm in Central Illinois and attended the University of Illinois, where she attained a Liberal Arts degree and an Associate’s Degree in Engineering.  There, she met and married her late, loving husband of 70 years, George Tillson. She worked for several years as an engineer at Pratt and Whitney in Hartford, CT while her husband was overseas with the Army during WWII.

Vi was very active in the United Methodist Church, serving in many positions at the local, district and conference levels.  She served as a local lay leader, District lay leader, chair of the District Council of Ministries and Conference Trustee.  Vi was also active in the United Methodist Women, where she held the offices of Secretary or Treasurer for various groups within that organization, both at the district and conference levels.  At Yardley United Methodist Church, she served in many leadership roles as well as on various commissions and committees

Vi’s greatest love was singing in her local church choir, which she did for most of her adult life.  She and her husband also traveled extensively both overseas and within the US, where they enjoyed visiting with friends and relatives.