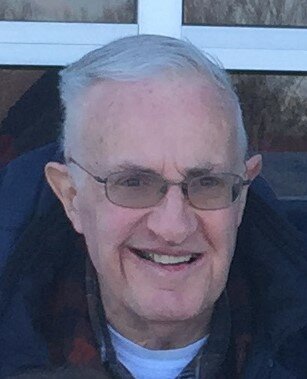 Please share a memory of Carl to include in a keepsake book for family and friends.
View Tribute Book

Born in New York, NY, he resided in Hastings on Hudson, NY with his wife Mimi and three children through 1988.  He has resided in Lower Makefield for the past 33 years.

Carl grew up in the Kingsbridge section of the Bronx.  His family was a member of St. John’s Parish where he attended grammar school and graduated in 1955.  He attended Cardinal Hayes High School and City University of New York in the Bronx.  As a child he spent his summers at Candlewood Lake in New Fairfield, CT.

Carl had a full career in the financial services, specializing in the insurance industry. He retired from Munich Reinsurance America, Inc. in Princeton, NJ.  However, it was in Carl’s retirement years that his enthusiasm for adventure could be coupled with his other passion in life—his grandchildren. Kerr, Shannon, Maggie, Courtney, Soleil, Sydney, Bobby, and Stanley were a light in his life that shone brighter than anything else. He found no greater joy than to be with them at family dinners, or on the sidelines of a game, or in the bleachers at a meet, or just being together. They were his biggest source of pride. They held his heart in life. They will hold his heart forever.

Carl’s funeral Mass will be celebrated at 11am on Tuesday October 12th at St. Ignatius Church, 999 Reading Avenue in Yardley, where friends may call from 9:45am. Burial will follow in the parish cemetery.