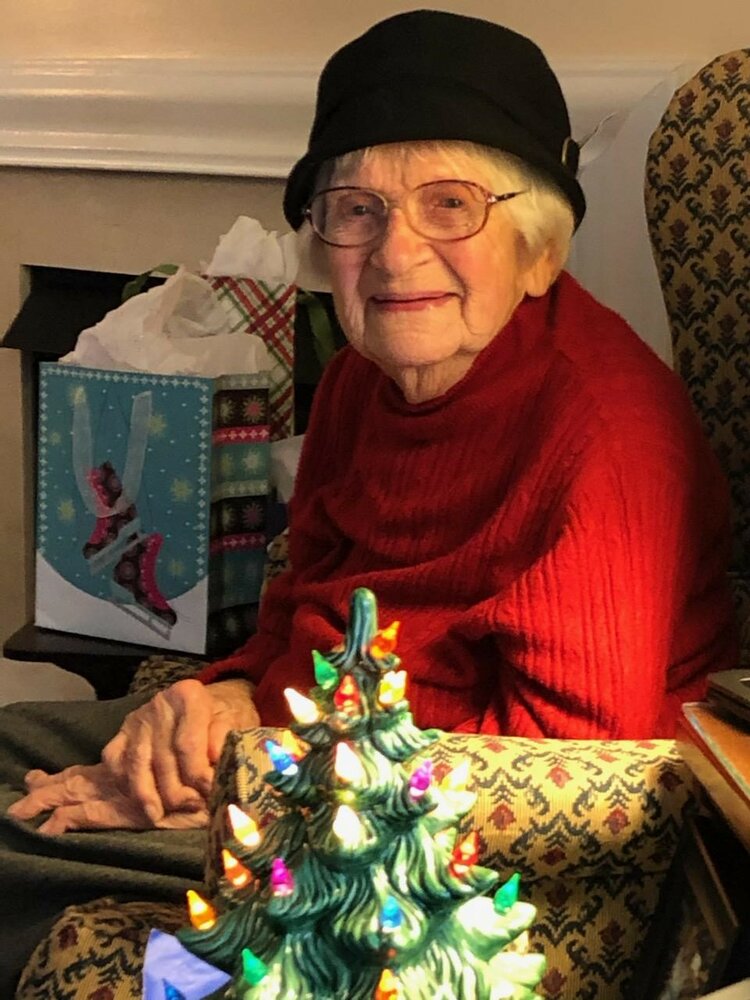 Please share a memory of Marion to include in a keepsake book for family and friends.
View Tribute Book

Born in the Bronx, NY, daughter of the late William and Loretta Rampone Ledger, she has been an area resident for the past 55 years.

Marion worked as an Administrative Assistant for the Catholic Charites of the Archdiocese of Trenton for many years. Her enthusiasm was matched by her skill at accomplishing the compassionate mission of the charity. Marion did not leave her zest for community activity at work. She was a driving force at the Morrisville Senior Center, an active member of the St. Ignatius Parish with Aid for Friends (now Caring for Friends) and the Prayer and Rosary group. Marion enjoyed the Knights of Columbus’ many events with her late husband, Joseph. She could always be counted on to lend a hand for her neighbors and her good nature was obvious to everyone who met her.

Friends may call on Sunday October 31st from 2pm to 4pm at the FitzGerald-Sommer Funeral Home, 17 S. Delaware Avenue (River Road), Yardley. Her funeral Mass will be celebrated at 10:30am on Monday November 1st at St. Ignatius Church, 999 Reading Avenue, Yardley. Burial will be at 10:30am Thursday November 4th at the Washington Crossing National Cemetery, 830 Highland Road, Newtown, PA.