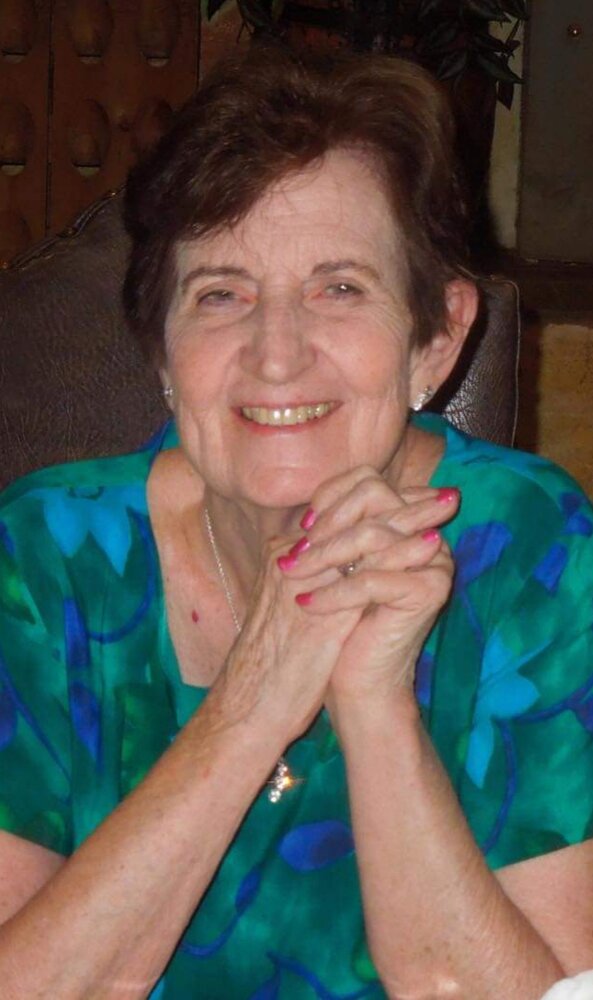 Please share a memory of Margaret to include in a keepsake book for family and friends.
View Tribute Book

Margaret M. Weihs, 87, of Washington Crossing, PA died peacefully on Saturday December 11, 2021, surrounded by her loving family. She was the daughter of the late James and Margaret Barron Rodgers and sister of the late James, John, William and Isabel Rodgers.

Margaret was a proud and loving wife, mother, grandmother and great grandmother who devoted her life to her family, which she cherished above all. She remained throughout her life their heart and soul, and their tireless and constant cheerleader and confidante.

Margaret was a native New Yorker who, after graduating as valedictorian from Dominican Commercial High School, began her  working career at the Union Carbide Corporation. There she met her husband George, with whom she shared her life’s journey for 65 years before his passing in July 2020.  After raising their three children, Margaret enjoyed many fulfilling years as a secretary at the Marie Curie Middle School 158 in Bayside, Queens where she was both well- respected and loved by her colleagues.

Margaret spent most of her married life in Middle Village, New York, where she and George were active members of St. Margaret’s Church. She served for several years as a Girl Scout leader, held numerous positions in the Catholic War Veterans Post 1172 Auxiliary and was an avid bowler.  In 2015, she and George moved to Washington Crossing PA, where they were warmly welcomed as parishioners at St. George’s Church in Titusville NJ.

Family and friends are invited to call from 4:30 to 7:30 on Wednesday at the FitzGerald-Sommer Funeral Home, 17 S. Delaware Avenue (River Road), Yardley, PA. Her funeral Mass will be celebrated at 10am on Thursday December 16th at St. George Church, 1370 River Road, Titusville, NJ. Burial will follow at the Washington Crossing National Cemetery, Newtown, PA.

In lieu of flowers, donations in Margaret’s name may be made to St. George’s Church 1379 River Road, Titusville, NJ or the Guide Dog Foundation for the Blind 371 East Jericho Tpke, Smithtown, New York.