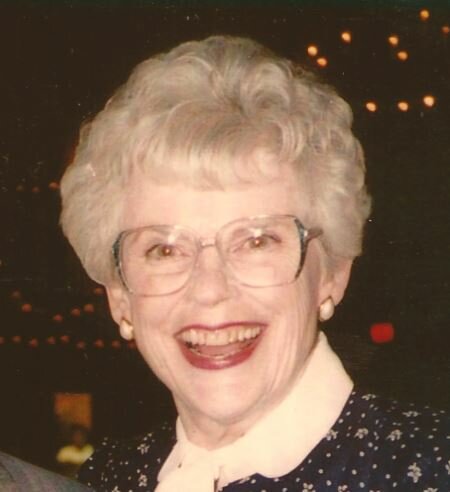 Please share a memory of C. to include in a keepsake book for family and friends.
View Tribute Book

A native of Missouri, Idelia, (known as “DeeDee”)moved to the area in the early 1950’s and raised her family with love and great enthusiasm. She was active at St. John the Evangelist Church as a lector and Eucharistic minister. DeeDee was also a key volunteer assisting children in the Children’s Home Society and the Tough Love program. She enjoyed participating with the Bucks County Singers and genuinely loved attending the theater. Travels with her husband also were full of great memories. DeeDee also found time to work as a secretary at ETS in Princeton, NJ.

DeeDee was the wife of the late Julius F. Tibolla, and sister of the late Frank B. Holmes, and the late Georgeanne Ford. She is survived by a son and daughter- in-law, John W. and Angela Tibolla of Allenwood, PA; two daughters and sons-in-law, Dee Wolfe and Ted Maciolek, and Julie and Steven Miner, all Lower Makefield; four grandchildren, Amanda Metzel, Caitlin, Jack, and Amelia Miner, and one great grandchild, Olivia Hassinger.

Funeral services will be at 11am on Saturday April 2, 2022, at the FitzGerald-Sommer Funeral Home, 17 S. Delaware Avenue (River Road), Yardley, PA, where friends may call from 10am. Interment will follow at the St. Ignatius Cemetery in Lower Makefield.