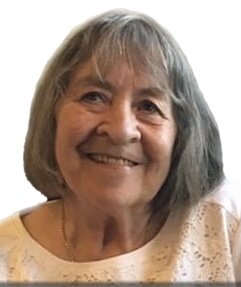 Please share a memory of Theresa to include in a keepsake book for family and friends.
View Tribute Book

Theresa C. Trautman, 80, of Lower Makefield Township, PA died peacefully on Saturday August 27, 2022, at her home surrounded by loved ones.

Affectionately known as “Tee” by family and friends, she was born in Trenton, NJ, a daughter of the late, Joseph A. Maksin and Mary Brzozowski Maksin. For the last 54 years she resided in Lower Makefield, prior to that in the Chambersburg section in Trenton, NJ.

Theresa was a graduate of Trenton High School and entered the workforce for the Lenox Corporation. She was a pioneer in the field of telemarketing and retired from a successful career at Lenox in 2014. Theresa was a devoted mother for her three children and her six grandchildren. She was a member of the St. Ignatius Parish and the Yardley-Makefield Fire Company Auxiliary. Theresa enjoyed traveling,ceramics and cooking. She was a friend and advocate of all animals.

She is survived by two sons and daughters-in-law, Anthony R. and Rosanne Tempesta of Burke, VA, and Robert and Tracy Trautman of Ocean City, MD; her daughter and son-in-law, Tracey C. Montague-Briggs and Daimon Briggs of Lago Vista, TX; a brother, Joseph Maksin, and six grandchildren, Taylor, Nicole, Antonia and Michael Tempesta, Ryan McCulley andSkylar Montague. She was also the sister of the late Stanley Milun and Manya Vas.

A memorial service will be held Saturday, October 1,2022 from 12pm-2pm at the FitzGerald-Sommer Funeral Home, 17 South Delaware Avenue, Yardley, PA 19067.