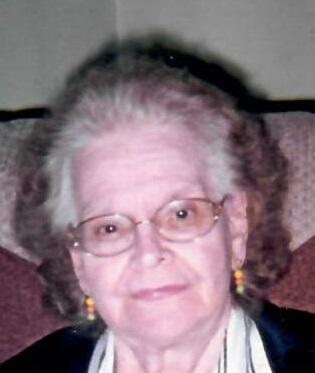 Please share a memory of Nora to include in a keepsake book for family and friends.
View Tribute Book
Nora Romberger Thomas of Yardley, PA passed away on Monday May 22, 2017 at Aria Health in Langhorne following a brief illness. She was 90. Nora was a graduate of Berwick High School, Class of 1944 and she was also graduated from Presbyterian Hospital School of Nursing in the Cadet Nurse Program in 1948. She worked at Mercer Medical Center in Trenton in the Neonatal Intensive Care Unit for 23 years, and she knitted hundreds of caps for premature infants at the Mercer Medical Center. As a member of Morrisville Presbyterian Church she was a circle member and taught pre-school classes. Nora was a member of the Delaware Valley Chapter of Deborah where she served as president and helped to raise funds for the hospital. Nora was a mineral collector, lapidary and micro mounter where she was a member of the Rock and Mineral Club of Lower Bucks County. Daughter of the late Robert and Fannie ( Carl ) Romberger, she is survived by her husband Ralph E. Thomas to whom she was married for 60 years, son Mark A. Thomas of Yardley and son David L. Thomas and daughter-in-law Pamela of Newnan, Georgia and grandchildren Sara of Marietta, Georgia and Ryan of Mountain View, California, two sisters and bother-in-law Sharon Serveiss of Lockport, NY and Charlotte and Robert Beaver of Oregon, IL, sister-in-law Amy Loveland and niece, Kandie Jones of Morrisville and many nieces and nephews. A memorial service will be held at 11am on Saturday June 3rd in the Chapel of the Morrisville Presbyterian Church, 771 N. Pennsylvania Avenue, Morrisville, PA. In lieu of flowers, donations to the church are welcome.

Look inside to read what others have shared
Family and friends are coming together online to create a special keepsake. Every memory left on the online obituary will be automatically included in this book.
View Tribute Book
Services for Nora Thomas
There are no events scheduled. You can still show your support by planting a tree in memory of Nora Thomas.
Plant a tree in memory of Nora
Share A Memory
Plant a Tree